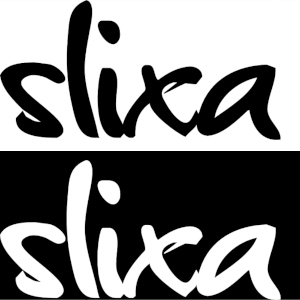 (Los Angeles, CA) February 9, 2019 – Slixa.com proudly announces Lucy Kahn as the winner of its FOSTA-SESTA Essay Contest, earning her a $2,500 cash award and a matching donation to the advocacy charity of her choice, the Sex Workers Outreach Project Los Angeles (SWOP-LA).

The popular adult entertainer directory launched the literary competition in December to learn from – and give a voice to – the community of service providers who have been personally affected by the hotly-debated Fight Online Sex Trafficking Act (FOSTA) and Stop Enabling Sex Traffickers Act (SESTA) legislature, signed into law in April 2018.

In Kahn’s winning essay, ‘Against FOSTA/SESTA: One Canary’s Cry From Inside the Coal Mine’, she highlights many of the bill’s liabilities, including that it “does not distinguish between consensual and non-consensual forms of sex work. This not only makes it ineffective at achieving its stated goal – to stop sex trafficking – but also compromises the ability of us consensual sex workers to survive economically.”

The Second Place (Runner-Up) Essay, ‘The Death Of The Dabbler and The Erasure Of Sex Work From The Common Internet’, by Grace Marie, won a $1,500 cash prize with a matching $1,500 donation to SWOP-LA as well.

Marie wrote that “for a lot of marginalized women, the internet of yesteryear was their only glimpse into the underbelly of society; where female sexuality is celebrated, and the physical and emotional labor that we are already trained by society to embody is financially supported.

The Second Runner-Up Essay, ‘Global Implications Of FOSTA’ by Meghan Peterson, will earn a cash prize of $1,000, with a $1,000 donation to the author’s chosen charitable organization, http://coyoteri.org/wp/.

“The passage of FOSTA illuminated how little congressional leaders care about, or are willing to listen to, the very same people they purport to want to save,” writes Peterson. “It pushed sex work underground in a way that separates sex workers from tools used to maintain screening and safety.”

Read the authors’ entire essays at Slixa.com/fosta-writing-contest, and find out more about Slixa at www.slixa.com and Twitter @Slixa and Instagram/Slixa.