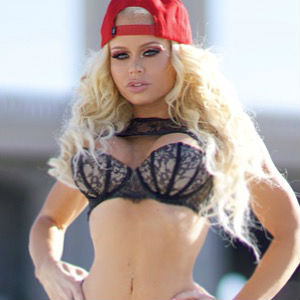 In the first week of September 2017, Nikki’s Twitter followers topped the 1 million mark. The week following, that number rose by another ten thousand. Finally, last week, Delano had eased over and remains steady at the “1.03M” mark, having added another 30,000 since the 1-million watershed was announced.

With a worldwide following, Delano takes her social media very seriously and her fans around the world can virtually come with her when she feature dances in gentlemen’s clubs across the country, hosting her number-one Vivid Radio Show on Sirius XM 415, while she cams on Cams.com, behind the scenes when she films, or just get a peek into her daily life. Delano is constantly updating her social media with photos and videos, and her fans can’t get enough – that’s why she’s able to not just grow her social media, but also maintain her current followers on all her platforms. Delano’s on track to hit 1 million Instagram followers later this year.

“Social media is so important to your business, success, and staying power,” says Delano. “I take it very seriously and am so thankful how supportive my fans are around the world. Fans want to know what goes on once you’re off set. With social media, my fans get to spend most of the day and many evenings with me – they see me work and get glimpses of my personal life. Plus, it’s one of the first places that I make big announcements.”

Delano will be peakable on her Snapchat and OnlyFans accounts during her next two evenings at Nanuet, New York’s Stilletto Gentlemen’s Club this upcoming Friday and Saturday, September 22 & 23rd, 2017.

No spam, notifications only about new products, updates.
PrevPreviousDogfart Releases ‘Interracial Double Penetration GangBangs’ Featuring Keisha Grey
NextMarica Hase Gets Up Close & Personal with XCritic & Tells You What She WantsNext
On Key