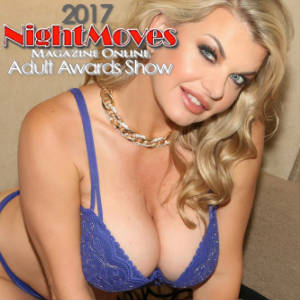 (Hollywood, CA) August 12, 2017 – Hall of Fame superstar and internet phenom Vicky Vette is happy to announce she has picked up 4 nominations at the upcoming Nightmoves Awards, scheduled at Thee Dollhouse in Tampa on October 8, 2017.

Voting for all the awards can be found at http://bit.ly/1p9QS6I.

The VNA now has 34 sites including stars Julia Ann, Sunny Lane, Tasha Reign, Nikki Benz, Penny Pax and more.  She also runs VNALive.com – a membership cam platform used by 60+ girls with solo sites. Vette remains one of the most followed adult stars on twitter with over 780,000 followers.  Previous awards include AVN’s Best Solo Site and XBIZ Best Performer Site for VickyAtHome.com and Webstar of the Year (twice). She has been nominated for Business Woman of the Year (XBIZ) and Webmaster of the Year  (GFY) the last two years.

“It’s always fun to participate at the Nightmoves Show,” says Vette. “It’s hard to believe the first one I attended was 13 years ago. It’s a great way for me to meet the fans in the area and catch up with other girls in the industry.  Hopefully I can pick up an award this year. I’d love to see my boobs or website win, but I am very proud that VNALive.com and my new Main Squeeze toy are getting some recognition this year.”

Vette did a blog of her experiences at Nightmoves which can be read here: http://bit.ly/2fd0XpV.

Webmasters of course can promote Vette’s original home site VickyAtHome.com, as well as any & all VNA sites, by joining her affiliate program, StickyDollars.