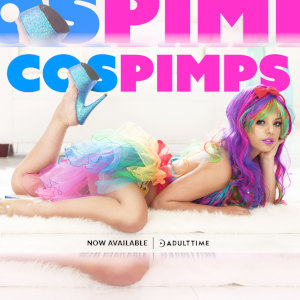 Eight episodes are currently available within the new Cospimps channel, with more in the pipeline coming out in the next few months. Fans can look forward to seeing adult’s top stars – Adriana Chechik, Angela White, Whitney Wright, Kenzie Reeves, Gina Valentina and Bella Rose – getting in on the cosplay action.

“Jay Rock is one of the top filmmakers in high-quality POV, and this latest series blends his experience with first-person fantasies and the exciting world of cosplay,” said Adult Time producer Bree Mills. “Really fantastic and colorful scenes, perfect for both male and female fans!”

Jay Rock’s Cospimps scenes are now accessible to all members of the new Adult Time platform, including all Gamma Films studios’ sites. Those interested can subscribe to Adult Time’s entire catalog of award-winning content, with includes over 50,000 episodes and 5 new releases per day.

Webmasters can promote all Gamma Entertainment sites via the FameDollars affiliate program.

No spam, notifications only about new products, updates.
PrevPreviousYNOT Announces Cammunity Event for Webcam and Clips Models
NextKinktra in the Raw Goes to Paris in Episode 34Next
On Key