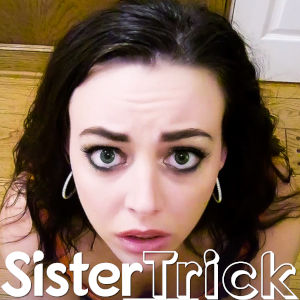 “I wanted my same team from Pure Taboo to tackle shooting these family POV stories, since both niches are very hot on the market right now,” says Bree Mills, Head of Gamma Films and the series’ producer.

Sister Trick‘s episodes are particularly unique in that they indulge viewers with intriguing taboo sex and family roleplay storylines while enveloping them in a first-person experience beyond traditional POV perspectives.

“Generally speaking, other POV series focus on lighter stories and traditional POV angles, so I wanted to mix it up by bringing a more serious, realistic tone to the acting and using our custom rig for more an innovative and immersive shooting style.”

Sister Trick is now accessible to all members of Gamma Films studios’ sites, as well as the new Adult Time platform; those interested in purchasing the series can visit SisterTrick.com to sign up and subscribe to Adult Time’s entire catalog of content, including over 40,000 scenes and updates from across the Gamma Films studio network.

Webmasters can cash in on Gamma Films Group entertainment and much, much more by signing up for the (still) independent affiliate program FameDollars.com.

No spam, notifications only about new products, updates.
PrevPreviousIvy Wolfe Is Girlsway’s December 2018 Girl of the Month & Featured In Two ‘Showcases’ Scenes
NextJohnny Goodluck Returns To Reality Kings For Some Deep StretchingNext
On Key