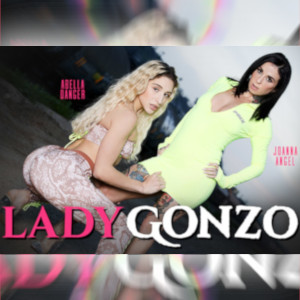 “This is a special scene in this very special series!” said Angel of the finale episode with Danger. “The sexual chemistry between Abella and myself has always been kind of magical… that, combined with the large cock of the handsome Juan Lucho in our asses, was truly something amazing.”

The 12-episode original series, co-produced by Angel with Gamma Films’ Head of Production Bree Mills, is the first for the award-winning superstar and her studio BurningAngel Entertainment since joining the Adult Time platform in February.

So far, Angel has been more than happy with Lady Gonzo‘s results. “All the sex scenes in this series have been incredible… I’m so thankful to have captured so many intense orgasms through my pervy lens.”

Lady Gonzo is now accessible to all members of Gamma Films studios’ sites, as well as the new Adult Time platform. Those interested in sneaking a peek or purchasing the series can sign up and subscribe to Adult Time’s entire catalog of award-winning content, giving its members access to over 50,000 scenes within the Gamma Films studio network.

Webmasters can profit from the full range of Gamma Entertainment by signing with the FameDollars affiliate programs.