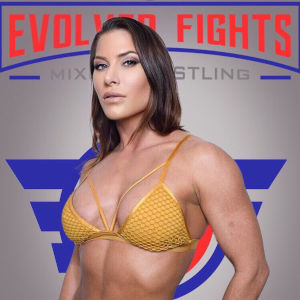 Each of the new hardcore releases, created and overseen by adult performer and mixed martial artist Ariel X, “are bringing back several fan favorites, as well as a bunch of fresh faces to the wrestling mats.

“We had great success last month shooting talent in Las Vegas during the AVN Adult Entertainment Expo… we had such a great turnout that we’ll be attending many more expos in the future to scout talent for future matches.”

In the mixed category, matchups with Kaiia Eve & Jay West, Tori Avano & Cody Carter and Will Havoc & newbie Dakota Marr are already going down; Arielle Aquintas & Chad Diamond, Will Tile & newbie Joslyn Jane and Marcello & newbie Mimosa are set to bout it out in the coming days.

“The battle is on! Evolved Fights offers the very best in mixed and lesbian eroto-wrestling,” said Ariel X. “And as always… the winner fucks the loser in the prize round.

“When competition is fierce and so are the fighters, everyone wins in the end!”

Webmasters who need to wrestle with more money than they can currently handle can sign up with power-affiliate program DarkReachCash.

The athlete/entertainer started her career in 2003 shooting lesbian and fetish videos. In 2006 she began wrestling for Kink.com, and in 2012 took over the legendary brand’s lesbian wrestling site as head of content, giving her the inspiration to start her own production company and streaming sites.

“I have had pretty much every single model who has shot for me admit after their shoot that they didn’t ‘get the concept’ of my site prior to filming,” says Ariel X. “But after shooting a match they experience something truly profound… there is nothing like it in the world.”