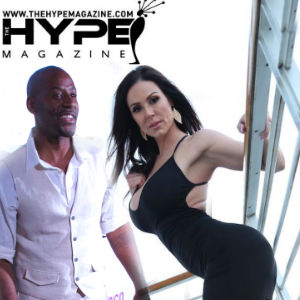 (Chatsworth, CA) ArchAngel has received some major mainstream press. They have been profiled by Hip Hop Magazine The Hype in an article entitled “There Are Angels in the Adult Industry: How ArchAngel Ascended in Adult by Doing Things Differently”. The world of Hip Hop has always been intertwined with the adult industry, and this piece is further proof of that.

The article features words and photos of Owner Gabriel Guzman, General Manager and Director MimeFreak, Director and Contract Star Kendra Lust, and Booty Queen AJ Applegate. The in-depth article details what it’s like on set with MimeFreak, why Guzman started the company, how they reinvented the showcase and do things differently than other studios, what it takes to attain the coveted title of the Booty Queen, and why Kendra Lust is a huge element in their success.

“We are thrilled to receive mainstream press and know they have a vast audience—this will generate new fans who will really be into ArchAngel,” says General Manager and director MimeFreak. “Many times, mainstream articles don’t reflect the real person, but this article lets the world see the real me. I love it!”

The article can be read in its entirety at http://www.thehypemagazine.com/2017/01/there-are-angels-in-the-porn-industry/ and will appear in an upcoming printed issue of The Hype this summer.

Webmasters can profit from Archangel’s increasing media profile by promoting their official site, ArchangelVideo.com, by signing up with the ArchangelDollars affiliate program with access to exclusive scenes and never-before-seen behind-the-scenes footage featuring some of the most beautiful women in adult.