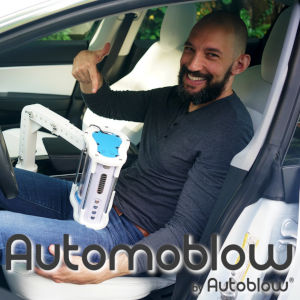 (Seattle, WA) July 11th, 2020 – Male Tesla owners will soon face a new option after engaging Autopilot: whether or not to pleasure themselves.

“I know some people will tell me that this invention is unnecessary,” Automoblow inventor Brian Sloan said. “But I believe those same people, had they been born earlier, would have been late adopters of electricity and the automobile.

“Artificial intelligence, as it is used in self driving cars and even in our male sex toy, frees humans from mundane tasks and allows us to spend our time in more productive ways or in leisure. As self-gratification is a popular leisure activity and controlling a car is not particularly enjoyable, it is self-evident that many men will choose to buy an Automoblow.”