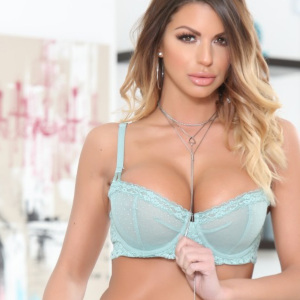 Double D-Tention 3 features the third scene from the Nailing Ms. Chase series. As hard as she tries, Brooklyn can’t stop banging her students. Alex Grey and Jordi El Nino Polla are passing notes during class, making out, and holding hands. Brooklyn kicks everyone out of the classroom to reprimand her two cutest pupils for their behavior, and she wants to teach them to do it right. It’s a three-way you won’t forget. Double D-Tention 3 also stars Romi Rain, Michelle Thorne, Ariella Ferrara, Courtney Taylor, and Anastasia Hart.

Affiliates with a narrower traffic base can push up sales to Chase’s own BrooklynChase.com by signing up with PUBACash.com.