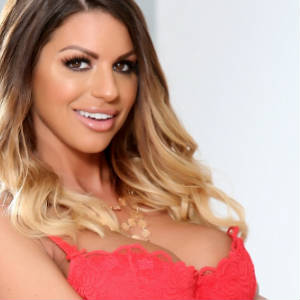 Brooklyn is up for her on-camera prowess, as well as her amazing physique, and garnered nominations in these categories:

“I’m excited to be honored again by the Spank Bank Awards with multiple nominations again this year,” says Chase. “I’d like to thank Gabriel Lan for the noms and for being a fan of me and my work. Hopefully, this will be the year, I take one or more trophies home.”

To see all of this year’s nominations, visit The IAFD Blog. Winners will be announced in the next week.

Chase has new photos on OC Modeling’s site at http://ocmodeling.com/model/brooklyn-chase-2/.

She’ll be available in the Los Angeles and Las Vegas areas April 24th through April 29th, so if you’re interested, hit the “Book This Model” button, or contact Sandra at 818.298.6939 or Sandra@ocmodeling.com or Anthony at 818.428.0978 or anthony@ocmodeling.com.

Affiliates can cash in early on the nominee and promote her BrooklynChase.com home site by signing up with the PUBACash webmaster program.