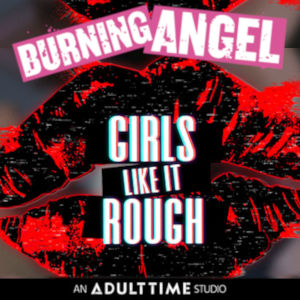 The unscripted scenes, directed by award-winning superstar Joanna Angel, showcase the uninhibited talents of beautiful empowered women in the throes of fierce sexual workouts that get down and dirty in an exquisitely consensual and mutually desired setting.

In ‘Aiden Ashley’, Angel interviews the lithe blonde star and asks her, “Do you like it rough?”

Ashley flashes a wide smile and says “You know I do!” before accelerating into an unrestrained encounter with co-star Kyle Mason.

Angel added that “in addition to the stereotypes about what we, as women, are supposed to enjoy, there are many performers who get pigeon-holed as ‘innocent’ when they actually pride themselves on being hardcore. I want this series to be a space for them to express themselves… the result is a beautiful, filthy and authentic new perspective on what women want!”

Burning Angel is accessible to all members of Gamma Films studios’ sites, as well as on the Adult Time platform at Adulttime.com, home to the most extensive catalog of award-winning content with access to over 200 channels, 60,000 scenes and 5+ new releases per day – all in one subscription.

Affiliates craving the satisfaction of raw income can join the FameDollars webmaster program.

Co-founded in 2002 by the award-winning Joanna Angel, Burning Angel is one of the most recognized studios in adult, offering a refreshing mix of sex, rock n’ roll, and pop culture. Since its launch, Burning Angel has grown from a fierce indie company to a world renowned brand and now features over 1500 episodes as part of the Adult Time platform.

About Adult Time:
Launched in 2018, Adult Time is a streaming service exclusively for adults. Created by award-winning filmmaker Bree Mills, who also serves as Chief Creative Officer, Adult Time is a platform built by fans who believe in a future where mature audiences can safely, securely, and proudly have a place in their lineup for premium adult content.