Transcendent adult industry star is one of only a handful of performers who has enjoyed elite levels of fame both in the adult webcam and adult video sectors of the industry. 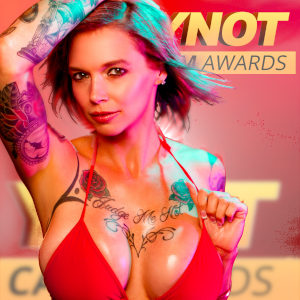 (Hollywood, CA) May 16, 2019 – YNOT Events is thrilled to announce that live cam performer and all-around adult superstar Anna Bell Peaks will host the 2019 YNOT Cam Awards, which returns to The Avalon Hollywood on August 7th.

Peaks says she’s looking forward to hosting the event whose mission is to recognize the accomplishments of performers who work in the live cam and custom clips side of the adult industry.

“I’m flattered and excited to be this year’s host of the YNOT Cam Awards, and to be up on stage to support the nominees and winners,” says Peaks. “Our industry is rewarding but it’s also hard work, and the YNOT Cam Awards is important because it ensures that hard work does not go unnoticed.”

Jay Kopita, co-owner of YNOT, says he can’t wait to work with Peaks at the show.

“I met Anna Bell for the first time a few years ago and she’s such a perfect host for the YNOT Cam Awards,” says Kopita. “I look forward to seeing what she does on stage, I know she will keep the show interesting and fun. She has a rare mix of professionalism, humor, class and confidence and we’re very lucky to have her as our host.”

“Anna Bell Peaks is one of the few fully transcendent stars in adult entertainment, with huge followings in both the webcam and video sectors of the industry,” says Connor Young, CEO and co-owner of YNOT. “Her fun and sincere personality and razor-sharp intellect are balanced with an aesthetic and persona that embodies true superstardom. We’ve been so fortunate to feature incredible people on stage at Cam Awards, first with cam crossover star Shawna Leneé in 2018 and now with the amazing Anna Bell Peaks for this year’s show. It’s going to be a lot of fun in Hollywood this August.”

The YNOT Cam Awards live stream will be free to watch for fans around the world, but the event itself in Hollywood is open only to nominees, performers and industry executives. The evening kicks off with a live Red Carpet event on Vine Street, before heading inside for a VIP dinner, pre-show entertainment, the awards show itself, and a festive after-party.

This year’s YNOT Cam Awards will be preceded by YNOT’s all new #Cammunity cam model summit, taking place at the W Hollywood Hotel, just yards away from The Avalon Hollywood. Models and performers interested in attending #Cammunity can register for free for a limited time at Cammunity.YNOTCam.com, and the event is also open to industry executives who work in the adult interactive space.

The Platinum sponsors for this year’s show are ImLive, Chaturbate, Studio20 and Flirt4Free. Current Gold sponsors include iWantClips and Cams.com. Companies interested in sponsoring the event should contact YNOT through its ZenDesk contact form.