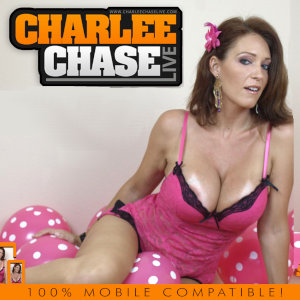 Originally from Delaware, Chase moved to Tampa when she was nineteen and started dancing in a bikini club. Her first foray into adult movies was in 1997. She started her own Clips for Sale store (Charlee’s Adventures and Tickle Torture) specializing in everything from balloons, puffy coats, underwater sex, hair washing, smoking, body painting, tickling and more.

“Finally! I can’t believe that I got my Official Site revamped,” said Chase. “It’s been in the works for a while so I am psyched to get the new site out to the fans. It’s amazing to think I’ve been with Vicky and the VNA for 7 years. There’s over 1200 videos now on my site… an average of nearly 200 videos a year. Even I can’t believe I did that much sucking and fucking. If you want nonstop Charlee Chase 24 hours a day, take a peek at the new site.”

Chase can be found on social media at: