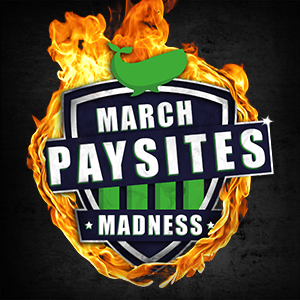 (Quebec City, QC) March 1, 2017 – This March, Cost-per-Acquisition network CrakRevenue is renewing its vows and commitment to paysites by offering a large-scale promo on some of the network’s hottest exclusive niche content pay-model sites.

CrakRevenue has announced increased payouts on the network’s signature 14 paysites in addition to a slew of brand new HD tours on more than a dozen offerings open to all CrakRevenue affiliates.

“Right now attracting an average of 30% more traffic than other verticals, our data has been abundantly clear telling us that people still respond well to paysites, and that people shouldn’t immediately shut the door on those willing to pay for good ol’ fashioned, targeted, highly niched content—especially when we’re sweetening the pot with a full scale payout bump on all of these offers,” says Axel Vézina, CrakRevenue’s chief operations officer.

In honor of March Madness, affiliates are set to earn a notable $55 PPS on all PunishTube sales, one of CrakRevenue’s signature offers and also one of the platform’s historically all-time best performing offers.

“Between the new HD tours we’ve added and some of our new geo-targeted join forms we’ve just implemented, we think it’s safe to say this top offer is about to yield more conversions than ever before,” says Maxime Côté, Product Owner.

In addition to PunishTube, the CPA platform has promised affiliates the choice between two promotional payouts sure to please even the most difficult-to-please affiliate: $40 PPS or 65% Revshare on all conversions made on any DAGFs Network paysite offering – CrakRevenue’s own network of paysites.

“We’ve put a lot of resources into this, into making sure that the 14 paysites comprised of the DAGFs Network exceeds all expectations,” says Vézina.

Crak’s COO goes on to add, “A great example of this is our hiring of JMan, a former producer who has spent more than a decade managing paysites and knows this model inside and out. JMan knows how to maximize profitability.”

“In less than 2 months, he has managed to implement an abundance of new HD tours with respect to our entire DAGFs brand,” the COO continues.

The esteemed producer & Paysites Manager at CrakRevenue, Jean-François Laverdière aka JMan, says, “I worked for CrakRevenue at its very beginnings — way before it became the biggest adult CPA network.”

“Now that I’m back, I’m super impressed by all the innovative programs and skilled programmers and designers the company has given me the luxury of working with to make the DAGFs Network one of the top players in the Paysites vertical,” Laverdière adds.

CrakRevenue’s March Madness Paysite promotion will run from March 1 to March 31, 2017 on these products:

DaGFs Network – $40 PPS or 65% Revshare available on the following offers: