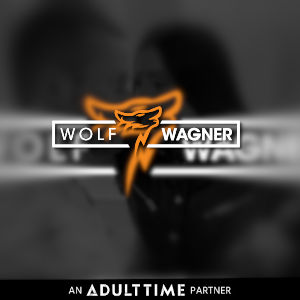 “We put lots of hope into the cooperation with Germany’s star producer Wolf Wagner,” said Karl Bernard, Gamma Entertainment Owner. “He is also our first German partner. His content is imaginative and outstandingly filmed. We want to open up a completely new target group for us.”

“The close collaboration with the industry leader Gamma Entertainment is an accolade for a young company like ours,” said Wagner. “We have worked hard to create our very own style for our audience. Wolf Wagner stands for intensive experiences and lustful adult content.”

At the beginning of 2020, Gamma Entertainment and the Wolf Wagner Network started their partnership by launching the “Wolf Wagner” channel on AdultTime.com. With WolfWagner.com, the next milestone has officially been reached.

At wolfwagner.com, the content library is expanded once a week to include current series, scenes and lighthouse formats. It includes Germany’s top actors like Jolee Love, Mia Blow, Sophie Logan, Lena Nitro and Kitty Blair, as well as exciting newcomers doing their first-ever adult scenes.

Built in 1996, Gamma Entertainment is an award winning company specializing in multimedia and e-commerce. As an industry leader in web technology, Gamma partners with some of heaviest hitters in the adult production scene such as Evil Angel, Girlfriend Films, Falcon Studios, and more. A solid reputation, strong technical knowledge, and a genuine approach to building relationships are the main principles instilled in Gamma Entertainment.

Gamma has an enviable commitment to excellence across a range of different verticals, from production to paysites and beyond. Having a very honest and transparent approach to their business has helped this corporation become recognized as one of the best brands to work with in adult.

The websites of Wolf Wagner Network have received numerous industry award nominations in recent years (for example Venus Awards in 2018, “Best New Website”; XBIZ Europe Awards in 2018 and 2019, “Best Hardcore Website”). In addition, a Wolf Wagner Network film was nominated as “Best Foreign Scene” this year for the second time at the AVN Awards – the most relevant industry award.