King Recognized for His Directing Achievements as Web Director 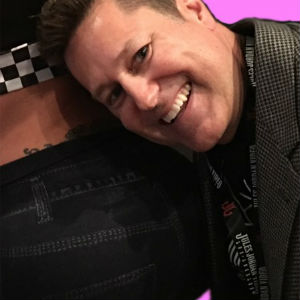 (Las Vegas, NV) January 26, 2017 – Legendary Adult Film Director Glenn King was named “Best Web Director” at this year’s AVN Awards. The Award is given to the Director with the Best Overall Body of Work of scenes shot for websites.  Because it is one of the few awards given to individuals, it’s highly coveted by Adult Film Directors.

“I’m incredibly honored!” said King. “There were so many great Directors who were nominated… one could make a strong argument for any of the nominees. I’m just humbled and thrilled that I was chosen.”

King thanked a long list of people on Social Media for making this award possible, including his Production Manager Jim Orlando, his crew of Josh Hunter, Mena Mason, David Christopher, and many others. He also announced, “Most importantly, THANK YOU to all of my fans and supporters. Without you, there is no me!”

Affiliates can cash in on the specialty niche by signing up for the MeanWorldBucks webmaster program.