Grab ’em By the Puzzy: Platinum Puzzy Is Back at Exxxotica New Jersey 2017 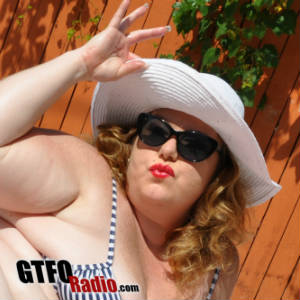 As a special guest of Exxxotica NJ sponsor XXXPornStarRadio.com, GTFORadio will share the booth where Puzzy will be in attendance all three days of the event.

“I can’t wait to get back into the swim of things,” says Puzzy. “You could say I’ve been semi-retired, keeping a low profile before I make a comeback with something new, that hasn’t exactly been done before, and is personally challenging.”

GTFORadio is a Calgary-based alternative adult talk radio station whose associations with many adult entertainment producers and distributors is gaining them a growing listener fan base with crossover potential that has parent company Calgary Lifestyles Inc. entering into partnership with Puzzy and syndicating fresh new content via the All Pleasure Network.

“My association with GTFORadio is not merely in passing or coincidental,” says Puzzy. “PJ and the gang at GTFOR have inspired me to get back on the bronco and Get The Fuck On Radio again – that’s what the GTFORadio.com stands for, by the way.”

Puzzy let slide a few more hints of upcoming projects with the fetish and alt scene webcasting site making its way out of – of all places – Alberta, Canada, to “take over the industry”, Puzzy laughs – but keeps lips firmly pressed shut on those.

“I might let some things slip, after a few drinks,” says Puzzy. “But you’ll have to catch me on the Exxxotica showfloor or one of the after parties to find out more. That’s all I’m going to say.”

Be there or miss Puzzy.