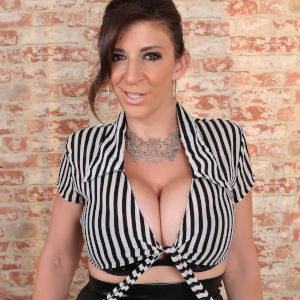 The gala event caps the four day expo, details of which can be found here: LALExpo.com and on Twitter @vivelalexpo. This is the first time Jay has appeared in Columbia.

Jay continues putting up staggering social media numbers. The Hall of Famer boasts over 973,000 followers on Twitter and 1.5 million followers on Instagram (even after her account was deleted at 1.9 million). Her #SaraJayTV Channel on YouTube just passed a whopping 252,000 subscriptions nearly 264,000,000+ views. She is part of the popular VNA Girls Network along with prominent stars such as Julia Ann, Vicky Vette, Penny Pax, Puma Swede & Jenna Foxx. According to Askmen.com she is the 16th most googled adult star worldwide. In addition to her Hall of Fame Award, previous awards include Nightmoves Best Boobs and Triple Threat, Exxxotica Fannies Thirsty Girl and Urban X Hall of Fame (2011) and IR Performer of the Year (2009). She is nominated by XBIZ and AVN for awards this year. Sara’s lifelike Stroker was released by IamDoll in October. She also just became the Brand Ambassador for Hentai Heroes.

“Columbia baby! I can’t believe I get to host the awards show too!” said Jay. “Thanks to LAL Expo for having me and look out South America!”

“You can also meet me at my member shows at my official site SaraJay.com where I am live most Thursdays free to members.”