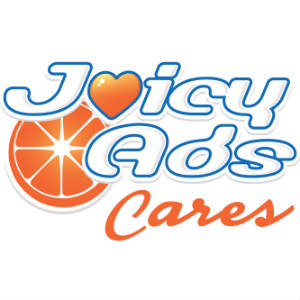 (Vancouver, BC) December 19, 2017 – During the holiday season, traditionally our thoughts turn to gift-giving and spending time with those important to us. JuicyAds is also in the giving spirit. The company announced this week that its “JuicyAds Cares” initiative has now topped $35,000.

The company’s commitment supports Entrepreneurs living in Poverty and now spans across dozens of countries, including some focus on Nepal following the earthquake in 2015.

“We have done a lot of different initiatives over the years including donating to a bunch of different organizations for different causes,” explained Juicy Jay, CEO and Founder of JuicyAds. “A couple years ago we started the JuicyAds Cares commitment to help boost Entrepreneurs around the world who just need a bit of help.”

JuicyAds has a history of giving. Previous to “JuicyAds Cares” the company frequently made donations to charities including sizable donations to the Red Cross towards disaster relief. Previously, as a Christmas gift to clients, the company symbolically “adopted” dozens of endangered animals through the World Wildlife Fund.

Inside the adult industry, the company has previously supported the “Webmaster Toy Run” and “The Cupcake Girls.”

“There are so many organizations and people asking for help and its impossible to give to them all,” says Jay. “If you want to get involved this holiday season, pick something you’re passionate about and contribute what you’re comfortable with.”

In addition to these efforts, the company has recently renewed its commitment to operating as a Carbon Neutral company, a commitment 6 years running.

JuicyAds (the Sexy Advertising Network) is a 20-time award winning traffic service specializing in Banner Advertising as well as PopUnders for both Desktop and Mobile. With a “family” of industry veterans (and a century of combined experience) this dynamic team provides personal service beyond the self-serve JuicyAds platform, located at www.juicyads.com.