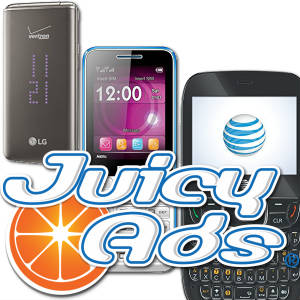 (Vancouver, BC) June 26, 2018 – For much of the world, images of flip phones and so-called “dumb phones” represent an archaic technology. Why would you want to target such an out-dated device? You might be surprised at how much of the world still uses them. In fact, statistically, feature phone usage is actually growing in some markets.

In a recent study from Counterpoint Research, smartphone shipments slowed to 2% globally in 2017 and feature phone market grew 5%. The study also forecasts close to 200 million 4G feature phones will potentially be sold in India over then next 5 years, giving the dumb phone a bit of smart. In fact, new capabilities will allow feature phone users the potential ability to interact more with Facebook, Twitter, What’sApp and more with the emerging KaIOS browser.

JuicyAds has always been focused on monetizing every click. After thoroughly researching monetization of geos like China, India, and other hard-to-convert locations, they’ve launched feature phone targeting for those savvy in the market wishing to cash in this market. Conversely, providing an opportunity for all other advertisers to increase their ROI by un-targeting these devices as well.

“This is mostly a backwards-facing targeting option,”  explained Juicy Jay, CEO & Founder of JuicyAds. “By allowing our clients to target Feature Phones because they have a specific offer for them it allows them to get exactly what they need. More importantly, by allowing our advertisers to opt-out of this same traffic when they know these archaic phones don’t support them — that provides an immediate boost in ROI by getting rid of traffic you can’t profit from.”

JuicyAds is a 20+ award-winning ad network known for their team of industry veterans and top-notch client support for both advertisers and publishers. With low minimums and expert account managers, JuicyAds makes for an easy starting place for new advertisers and webmasters. For more experienced media buyers and webmasters, JuicyAds offers a wide variety of targeting and optimization tools.

No spam, notifications only about new products, updates.
PrevPreviousMojoHost Announces “MojoCoach” Transport From XBIZ Berlin To TES Prague
NextLivejasmin Finishes The Spring Event Season With Even More AwardsNext
On Key