Julie Simone to Teach Classes at The Alley in Lynwood 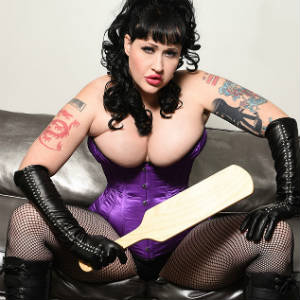 The second class is Basic & Intermediate Bondage and takes place on June 24th from 1pm to 5pm. The course is geared towards couples, but individuals may also attend. All genders and sexual orientations are welcome. Class size is limited to 12 guests, so everyone will get personalized instruction with Julie.

“We are excited to host Julie Simone. She’s a brilliant person inside and out,” says Alley Lynwood HeadMistress Betty Pickle.

“It’s very rare that I teach classes, and when I do they fill up very quickly,” says Simone. “If you’ve ever wanted to take one of my classes, now is the time.”

Attendees for both courses should bring their own rope, but Simone will have some on hand. To attend one or both classes, you must pre-register at http://juliesbitchboys.com/classes/. More detailed information about each class can also be found there.

Simone is also available for private lessons. To sign up, go to http://juliesbitchboys.com/classes/#privatelessons. Individuals in the Miami area looking to book domination sessions or a shoot with Simone should visit www.JulieSimone.com. Space is very limited.

If you can’t make it to Miami, you can still spend quality time with her by visiting Julie Simone’s Mega Fetish Store on Clip4Sale.

Webmasters are bound to profit by promoting Simone’s official site using the galleries and other content available via her Vicious Cash affiliate program.

All media requests for Julie Simone should be directed to Erika Icon of The Rub PR at erika@therubpr.com.