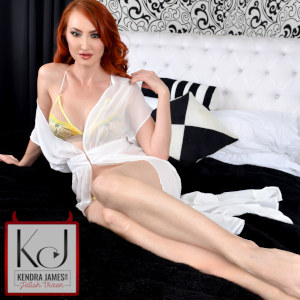 (Florida) November 22, 2018 – Kinky domme and blazing redhead Kendra James celebrates two XBIZ Nominations this week – Girl Girl Performer of the Year and Best Sex Scene on a Clip Site – ‘Wonder Girl Gets Her Revenge’ (Clips4Sale). The noms are the first ever for James, who recently also celebrated re-launch of her Official Site – KendraJames.com, with the popular VNA Girls Network.

“I am honored to be recognized by XBIZ this year!” said James. “I take great pride in the quality of my video content so to be singled out for Wonder Girl is especially pleasing. Good luck to all the nominees!”

Kendra can be found on social media at:

The XBiz nominee’s sudden uptick in visibility can be ridden to profit by the right webmasters by joining the Sticky Dollars affiliate program, which Vette also maintains.