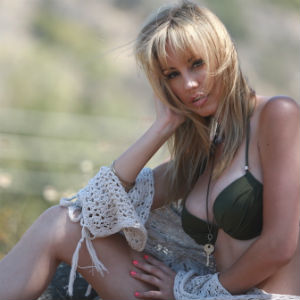 (Hollywood, CA) February 14, 2017 – Actress and model Brett Rossi, who made a name for herself in the adult and mainstream arenas, made her directorial debut last week with Deviant Entertainment, known for their high-end domination and fetish films.

Rossi’s movie is an all-girl flick entitled Brett Rossi’s Girl Crushed. Not only does she direct the movie, she also stars in it, along with some of the biggest names in adult. In the four scenes Rossi takes on Lyra Law, while Maddy O’Reilly defiles Abigail Mac, AJ Applegate ravages Tia Cyrus, and Alix Lynx violates Karlee Grey.

“I’ve wanted to direct since I started in the business back in 2010, so this is a dream come true and a huge step for me,” says Rossi. “I was so excited when Deviant agreed to give me the opportunity to direct and I’m definitely thankful that they allowed me to be able to express my creativity in a way that showcases a different side of me the industry hasn’t seen before.

“Of course, I decided the best way to give a nod to my roots, where my career started, was to direct an all-girl movie. I would like to personally thank Lyra Law, Abigail Mac, Maddy O’ Riley, AJ Applegate, Tia Cyrus, Karlee Grey and Alix Lynx for being my dream team, as well as their stellar performances!”

“Brett stood her ground on every aspect of the production, right down to hand-picking every girl for the movie,” says Head of Production A. Slayer. “She was very passionate on the pairing and her choice of A-List performers. Not only that, but I was very impressed with how much she put in towards the creative process of a genre she’s fairly new at. Deviant gladly welcomes her to the family.”

Brett Rossi’s Girl Crushed is slated for an early April release. Deviant Entertainment is distributed through Metro. For foreign and domestic DVD sales, licensing and broadcast, contact Ryan Thomas at ryanthomas@metroemail.com or 888-464-4856.

Webmasters who want to get in on the action early and promote Deviant Entertainment online with DeviantHardcore.com should sign up with their MetroMoney.com affiliate program.
—