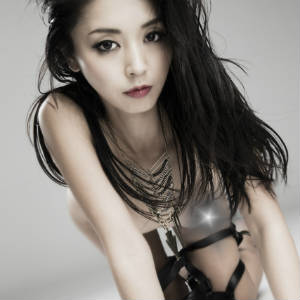 (Hollywood, CA) July 7, 2017 – Tokyo-born and raised adult star Marica Hase is showcased in the latest edition of Cheri, marking her debut in the ultra-popular adult magazine in Issue #253, which goes on sale on newsstands everywhere on July 11th.

There’s also a contest to promote her latest DVD from Axel Braun Productions, Asian Connection. The winner receives a signed DVD and a pair of Marica’s panties. Details are in the magazine.

Another place you will find Hase is Adam & Eve’s Asian Yoga Retreat. Produced and directed by Nick Orleans, the feature revolves around Hase inviting her sexy, flexible Asian friends who rock skin-tight yoga pants for a wild weekend getaway. Hase not only stars in the title, but has a solo cover where she’s pictured in a yoga pose.

“It was such a pleasure filming this feature for Adam & Eve,” says Hase. “I loved the storyline and that the script challenged my English ability. Plus, the sex was phenomenal!”

Hase is also in Evil Angel’s Facial Fantasy #2, directed by Jonni Darkko. Out this week, the sloppy BJ title has Hase showing her oral expertise on Harry Walters’ giant member. It’s available at local adult stores and promotable on DVD and VOD through online e-tailers of all stripes.

Webmasters wishing to profit from Hase’s Oriental fantasies can do so with her solo site MaricaHaseVIP.com via the ever-popular PUBACash affiliate program.

Keep up with everything in Marica Hase’s world by joining her vanity/links site Marica-Hase.com, so fans can become members of her Only Fans https://onlyfans.com/marica_1029 and text or call her on Chatstar at http://chatstar.com/Marica_Hase. Hase can be followed on social media via Twitter @marica_1029, Instagram @maricahase, Snapchat fancentro.com/maricahase, and her Facebook fan page https://www.facebook.com/marica.hase.

Get Marica on your set by contacting Mark Spiegler via email at mark@spieglergirls.com or phone 818.326.5403. Book her for feature dancing through through A-List (http://alistfeatures.com/) and Centerfolds Strips (http://www.centerfoldstrips.com).

Hase recently signed with The Rub PR. To interview her for your site, publication or show, contact Erika Icon of The Rub PR at erika@therubpr.com.