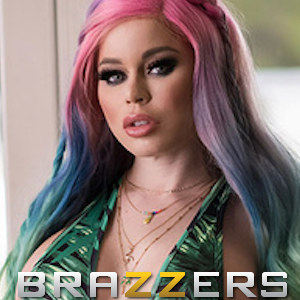 “Her Ass Is Straight Fire!” has Delano wearing a palm tree one-piece swimsuit with a matching cover-up and silver stilettos, twerking poolside in the Hollywood Hills. She takes her show inside where she encounters Robby Echo, who is mesmerized by her ass and what she can do. He oils her up and gives her a fucking that she won’t be forgetting anytime soon.