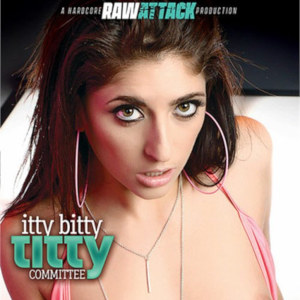 Knightly is also one of the stars of Reality King’s Sneaky Sex 10. In her scene with Dr. Chad White, she plays a sultry flight attendant and does her best to get him to calm down when he’s asked to forfeit his seat on an overbooked plane. She starts with some rub and tug and eventually gives him the oral treatment. Chad tears off her stockings, and the entire first-class gets an up close and personal fuckfest. The mile-high club goes to all-new raunchy heights, but it’s all about keeping the passengers happy. Sneaky Sex 10 also stars Jade Jantzen, Kiara Lord, Stephanie West, Karma RX, and Ashly Anderson. Watch the trailer for Nikki’s scene at https://www.realitykings.com/tour/video/watch/1944938/fly-me-to-the-poon/.

“If you like seeing me as a stripper or a flight attendant, you will love both my Reality Kings and Raw Attack titles – both were incredibly hot to film,” says Knightly. “I was really excited to see that not only did I get the first scene on the Raw Attack DVD, but I also scored the cover! #payforyourporn and get both titles on DVD or VOD.”

Webmasters should indulge in some princely promotion by joining affiliate programs AdultEmpireCash for DVD or AdultForce for Reality Kings’ VOD.

No spam, notifications only about new products, updates.
PrevPreviousPure Taboo Goes Back to the Future Darkly for a Mind Transplant in ‘Father Recall’
NextDanglin’ After Dark Returns with Alex SaintNext
On Key