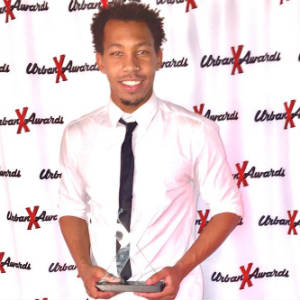 Ricky walked the red carpet, attended the awards, and took to the stage when Brad Armstrong’s Wicked Pictures feature Ethnicity was named Feature Movie of the Year and Blacked’s Kendra’s Obsession won Best IR Release. Johnson was featured in both DVDs and was joined by other stars featured in both titles.

“I didn’t get a chance to make my speech on stage, but I’d like to thank my agent Sandra McCarthy at OC Modeling and my publicist Erika Icon at The Rub PR, as well as everyone at Urban X,” says Johnson. “I’m going to continue to do great things and build my career, so both my agent and publicist can be even more proud of me.”