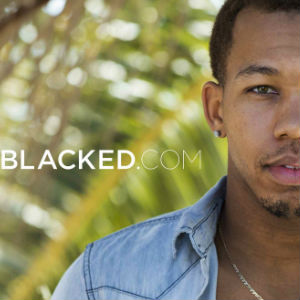 (Los Angeles, CA) January 26, 2017 – Ricky Johnson has had an amazing first year in adult and has worked for some top studios and appeared in multiple feature films. With multiple AVN Awards nominations for Best Male Newcomer and his scene work, Johnson was on top of the world. Last Saturday night was the crowning moment when he took home the trophy for Best Male Newcomer.

Ricky’s award was shown on screen after the official ceremony, but many of his industry peers cheered him on as his picture came on the screen showing the win.

“I’m so thankful to everyone for the win, from my agent Sandra at OC Modeling to all the directors, studios, and performers I’ve worked with to my publicist Erika Icon of The Rub PR,” says Johnson. “Now, my goal is to keep doing great work, shoot for more studios, and get nominated for Performer of the Year.”

While Ricky was at the Adult Entertainment Expo (AEE), he had many interviews. His interview with Captain Jack from Adult DVD Talk (ADT), along with some photos from the expo and the red carpet, is now up and can be viewed at  https://interviews.adultdvdtalk.com/ricky-johnson/.