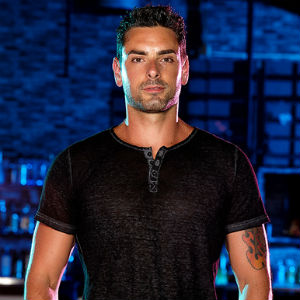 (Hollywood, CA) Leading-man Ryan Driller has added a new trophy to his collection of awards with another XBIZ Awards win for Best Sex Scene – Vignette Release, for his scene with Elsa Jean in Hustler’s All Natural Saints. This is Driller’s fifth XBIZ win following his Male Performer of the Year in 2016 to which he adds his fourth statue for scene work.

Driller had an amazing 2016 working with the top studios and garnering an unprecedented 12 XBIZ Award nominations, including Male Performer of the Year, multiple Best Actor and Best Supporting Actor nods, along with six more for his scene work.

“I’m honored to win again this year and would like to thank XBIZ, all the performers I worked with this year, and the studios and directors who have had me on their sets this year,” says Driller. “2017 is shaping up to be an even more amazing year, and I’m going to have some exciting announcements soon.”

Webmasters can promote the award-winning All Natural Saints and other great content by signing up with the HustlerCash affiliate program.

No spam, notifications only about new products, updates.
PrevPreviousStephanie Hall Joins Grand Slam Media as Director of Advertising
NextEva Paradis Invites Her Fans to the Playground for Sexy FunNext
On Key