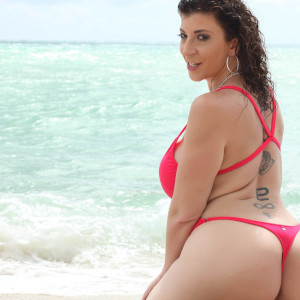 It has been a non-stop few months for Jay, who wrapped up a trip to Europe in September that included XBIZ Berlin, winning the Nightmoves Triple Threat Award in Tampa in October, an appearance at Exxxotica New Jersey, and the release of her first-ever TS scene with TS Roxy, exclusively on SaraJay.com.

Jay continues putting up staggering social media numbers. The AVN Hall of Famer boasts over 928,000 followers on Twitter and 1.2 million followers on her newly-verified Instagram (even after her account was deleted at 1.9 million). Her #SaraJayTV Channel on YouTube just passed a whopping 228,000 subscriptions with 43,000,000+ views. She is part of the popular VNA Girls Network along with prominent stars such as Julia Ann, Vicky Vette, Penny Pax, Nina Kayy, Puma Swede & Jenna Foxx. According to Askmen.com she is the 16th most Googled adult star worldwide. Previous awards include Nightmoves Best Boobs, Exxxotica Fannys Thirsty Girl and Urban X Hall of Fame (2011) and IR Performer of the Year (2009). Jay also manages performers Nina Kayy and Rome Major.

“What a nice birthday present! Thanks XBIZ!” said Jay. “I’m always grateful to see my name in the list of nominees, maybe this will be my year!”

Sara is live for fans most Thursdays, free to members of SaraJay.com, and also appears on Camsoda (check twitter for showtimes).

As part of Vicky Vette’s VNA Girls Network, Jay’s is one of the over thirty sites that can be promoted by joining the Sticky Dollars affiliate program.