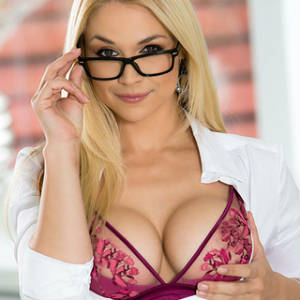 “Her First Big Sale” for Brazzers’ Big Tits at Work site opens with Vandella being professional – she’s putting out the open house sign, and cleaning the kitchen counters. While scrubbing the kitchen floor on her hands and knees with her ass in the air, Toni Ribas comes to see the house. As she shows him the second bathroom, he tells her that he wants to watch her use the shower, which leads to them getting it on. And when Keiran Lee stops by the open house, it’s two European big-dicked hotties for Vandella to take on. Will she get one or both to close the deal?

The scene has been viewed over 85k times in just a few days and has a 95% approval rating. Watch the trailer at https://www.newbrazzers.com/video/Her%20First%20Big%20Sale/i41653/ and the scene at http://www.brazzers.com/scenes/view/id/10525/her-first-big-sale/.