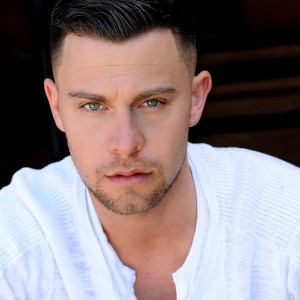 “Playing Deadpool was truly an incredible opportunity, as was taking on the lead role in the AVN Movie of the Year The Possession of Mrs. Hyde,” says Gamble. “Bringing to life these two completely different characters in the same year was a tremendous challenge that took a lot of focus and hard work, and I am forever thankful to Axel Braun and Wicked Pictures for believing in me, supporting me, and allowing me to show everybody what I can do.”

Gamble, who started in the business over a decade ago in his native South Florida, is grateful that he’s now working with the industry’s best studios, co-stars and directors, while also getting a chance to flex his acting muscles.

“It’s amazing how much these movies have progressed and evolved in recent years – in camera work, editing, storylines and acting,” said Gamble. “It’s an exciting time for adult film, and I’m happy to be a part of it.”

Those who are a “webmaster, agent, blogger, entrepreneur or social influencer with a high following,” can cash in on the award-winner’s rising star by signing up to OnlyFans’ referral program, which pays out a lifetime 5% for each referred member.

The star has expanded his talents within the entertainment business to include music – he’s also a hip-hop recording artist – and is interested in more roles in mainstream film & TV to properly utilize his years of acting classes that have served him so well in adult. “I love my job and I’m grateful for the incredible opportunities and experiences this business has afforded me, and I hope to work as long as the viewing public will allow me.”

Seth Gamble is available for booking through Sandra McCarthy at OC Modeling via email at Sandra@ocmodeling.com.

No spam, notifications only about new products, updates.
PrevPreviousGirlsway Crowns Kendra Spade as its Girl of the Month for May 2019
NextYNOT Opens Registration For #Cammunity Cam Model Summit, Launches Full WebsiteNext
On Key