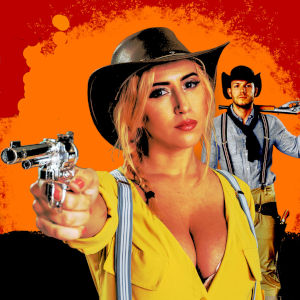 When Arthur Organ and the rest of his cowboy outlaw gang get chased out of Blackwater, they learn that once you go Blackwater, you can never go backwater. So they hit the unpaved road and go on an epic Western sex-venture filled with sperm bank robberies & saloon shootouts, leading to the law chasing them down, two in the Pinkerton and one in the stinkerton. Also, there will be Cowgirl and reverse Cowgirl. Obviously.

Watch the Red Dead Erection SFW trailer on YouTube at https://www.youtube.com/watch?v=5hokA0ACcCU and WoodRocket.com