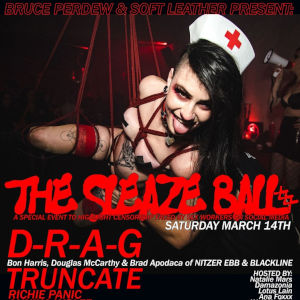 A portion of ticket proceeds will benefit the Adult Performer Advocacy Committee (APAC), and Love advises that attendees take advantage of pre-sale tickets for only $10.00 – available now on the Soft Leather Club website.

Launched in 2014, Love and Paparazzi created Soft Leather as a weekly underground music and fetish party – a subversive pleasure seeker’s enclave catering to like-minded creatures of the night. In 2020, the company has grown into an established international nightlife brand, record label and advocacy group, committed to strengthening ties within the communities that they serve.

It’s not all dance floor abandon and whips and chains: Love and Paparazzi take great care in providing a safe and welcoming environment for its patrons, and promote giving back and helping others with local good works. Soft Leather is more than a party, it’s a community for true creatures of the night to explore their own adventurous paths.