Teanna Trump Back in Action With New Scenes For Vixen & Blacked

Teanna Trump Back in Action With New Scenes For Vixen & Blacked 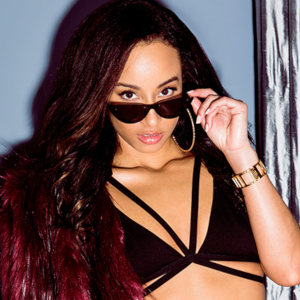 Trump’s debut on Blacked.com will be released on January 20th with the exclusive trailer going live on January 17th.

“My dream for the last 3 years was to work for Greg Lansky,” says Trump. “Vixen.com and Blacked.com are the best adult sites, ever. Shooting for Greg made my standards so much higher, and made me push myself to create unforgettable scenes. I felt so beautiful when I worked for Vixen. Greg and his team made me feel like a true movie star.”

Teanna returns to performing in an exclusive Vixen.com scene after a nearly three-year hiatus due to a highly publicized brush with authorities regarding cannabis in 2015. Her arrest and subsequent crowdfunding campaign made international headlines, and she has recently continued to turn heads in the rap world as different musicians have acknowledged their love and admiration for the starlet who currently has nearly a half million followers on Twitter.

The site will tease Trump’s breathtaking Vixen debut with a trailer, which will go live Thursday (27th), kicking off a new chapter in the popular adult performer’s career. The divine Miss Trump is also the main attraction in an upcoming Blacked scene, starring award-winning superstar (and Vixen Angel) Vicki Chase and Jax Slayher.

“I absolutely loved shooting for Vixen… but my Blacked scene is going to be crazy! Get ready, my comeback scenes are going to be so hot!”

Fans can find out more about Teanna Trump on her Twitter page @TeannaTrump and on Instagram @ItsTeannaTrump.

Webmasters can earn cash with class by joining the MadCheddar affiliate program to promote both sites.

VIXEN is a true leader in the modern age of adult entertainment, the epitome of high-class erotica lensed with an artist’s eye that seeks to innovate the industry with a dazzling focus on beauty, class and sophistication.

BLACKED is a leading producer of high-quality hardcore erotica focused exclusively on diverse pairings with adult’s most-wanted stars. Launched in June 2014 by award-winning industry filmmaker Greg Lansky (3x AVN Awards Director of the Year), the progressive studio and content website have earned both industry support and critical acclaim for its eye-popping performances under Lansky’s masterful direction.

BLACKED has won 12 combined AVN and XBiz Awards, including Best Cinematography and Adult Website of the Year.