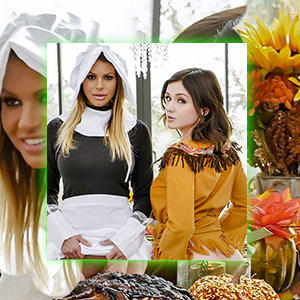 (Hollywood, CA) December 2, 2018 – Did your Thanksgiving not go as planned? Celebrate the holiday again with busty brunette Brooklyn Chase in her hew Family Strokes scene, and get the Thanksgiving you really wanted.

Watch the festive trailer and exclusive scene at https://www.familystrokes.com/scenes/931/brooklyn-chase-and-rosalyn-sphinx/Thanksgiving-Snatch-Stuffing.

“Many people didn’t have the Thanksgiving they hoped for, but my stepfamily and I are here to help,” says Chase. “Our scene for Family Strokes is the holiday you wish you had or have been fantasizing about. Check out the exclusive scene and join the site, if you’re not already a member.”