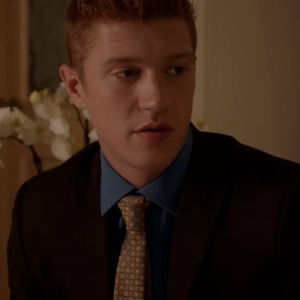 “I’d like to thank Vixen Media Group for giving me the opportunity to grow alongside them as an actor and performer,” said Flynn of the new deal. “I have always wanted to be a part of their incredible productions, and I’m thankful to now be exclusively working with them and proud to say I am part of their team.

“I would also like to give a huge shout-out to Riley Reynolds of Hussie Models for believing in me and all the work he’s done to facilitate my journey in this industry. I will always strive to be the best I can be and I feel like Vixen Media Group is a great place for me to prove my worth as a part of this amazing industry.”

The 27-year old Michigan native, who has only been in the business for two years, is already a fan favorite over at Tushy.com, where the six-foot, strawberry-blonde-haired swordsman has starred in such tantalizing titles as ‘Breaking the Rules’ with Naomi Swann, ‘How to Plan’ with Gia Derza, ‘Live Like a Queen’ with Nia Nacci, and ‘No Hesitation’ with Gina Valentina.

“To say I am proud of Oliver is an understatement,” Hussie Models’ Reynolds said. “Watching his dedication and hard work over the last two years has been a privilege as both an agent and as a friend. I can’t wait to see what else he is capable of.”

Find out more about Vixen Media Group at VixenGroup.com.

VIXEN is a true leader in the modern age of adult entertainment, the epitome of high-class erotica lensed with an artist’s eye that seeks to innovate the industry with a dazzling focus on beauty, class and sophistication.