What’s a Blog For? 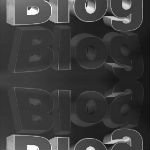 There’s many reasons to start a blog. But let’s start with the basics.

“Blog” is short for web-log, basically, and when they first came out they were essentially semi-automated managed content that made it easier for people to just write (and post photos) without worrying about the surrounding environment of the site (design, maintenance, etc.).

What were essentially web-diaries, however, soon became more intricately developed because, basically, all the platforms were open-source, and free.

(This is how blog platforms proliferated for the most part, because they didn’t cost anything. Those who wanted to charge eventually disappeared.)

Now, software like WordPress (and yes, it’s the number-one program used for “blogs”) supports or powers everything from affiliate gallery postings to news sites, and are barely recognizable as “blogs” because the expansion and adaptation of the blogware has grown to points unimaginable when they first came out.

So while blogs aren’t necessarily whole-sites on their own, they can be. Actually, they can be whole sites and whole site networks, as well as blogs.

It’s no longer the software or “CMS” (which blogs weren’t categorized as originally) that determines a blog, but it’s function. It’s no longer just blogware, but “siteware”.

Blog software can articulate entire sites or remain so-called diaries, or “side sites”.

So if you already have a site (whether or not it’s blogware-driven), is there any reason to start a blog anymore?

And the answer is yes.

If yours is a static site, basically advertising a company or service that doesn’t require very many updates as it stands, but you do have specials or the occasional update or upgrade, a blog would be a great way to advertise the fact. You could probably find other uses for it as well; they get to be kind of addictive.

A blog can also be used to promote tightly-closed membership sites (singularly or of multiple sites or even affiliate programs), to highlight new content updates regularly without having to update a tour that works.

Blogs are now more what they sound like than they were – rather than a contraction of two words to represent a function, they’re amorphous, dynamic, malleable and user-friendly parts of web technology you would be remiss not to use