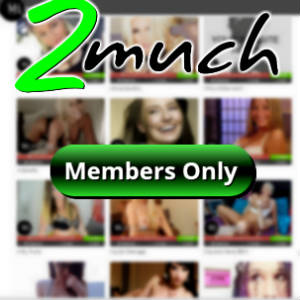 “Appearing in other members areas as a special guest is great,” says Brooklyn Briar, owner and subject of BrooklynBriar.com. “As a guest I get to charge higher rates for privates, and the people in the chat room are different than mine, so it’s a change of scene.

“Besides, all I have to do is provide the content, like photos and video,  and she handles all the promotion,” says Briar. “It’s a relief to only have to cam, instead of running a site and a promo campaign as well.

“We maintain our exclusivity while at the same time being able to welcome special guests or getting to appear in other A-List solo performers’ members areas,” says Briar.

With MBase 7.0, the performer controls her feed, sets her price and owns her image, her name and her revenues, licensing her content where, when and to whom she decides.

The site-owners who license the feeds can use them for promotional purposes, advertising upcoming appearances, and the performance takes place in ‘private’, with neither party having to worry about losing their control.

“MBase 7.0 upgrades our regular model-sharing platform with a unique ‘members-only’ channel that can be enabled to allow solo-webcam performers to narrow-cast their shows to members and members only,” says 2much.net’s Mark Prince. “They can then arrange for members-area shows for customers within their own networks of sites, or even offer exclusive one-time appearances to other pay sites who also use MBase 7.0.”

The upgrade allows celebrity, porn-star cam models, often owners of their own solo sites, to maintain audiences in their cam rooms to pre-qualified subcribing members of their own, as well as other, pay sites.

“It reduces the troll level in the chat room to absolute zero,” says Briar,.

This lets webcam models provide members-only shows, sell their live feed to other members-only websites, and can allow exclusive feeds from those sites to appear in their own members area.

“For example, I’m negotiating the appearance of all well-known fetish model on my site, to my members only,” says Briar. “She’s guaranteed a receptive, paying audience and I can use the show to promote my own site.”

Briar plans to return the favor on that model’s site at a later date.

“Websites and paysite networks couldn’t use LiveCamNetwork 6.5 in the past,” says Prince. “Because it’s designed to let site owners launch with the models from other non-membership webcam sites using LiveCamNetwork, and share their own recruited models back to the others eventually, if they want.”

Prince explains that now, the members-only “channel” on MBase 7.0 keeps pay-site webcam performers out of the regular MBase loop and allows them to charge as much as they want (“People are crazy,” says Prince.) or keep regular free shows for members as a retention tool.

Owners who want to keep the appeal and commercial viability of exclusive content can do so now without having to go to or through affiliate programs or other sites and add-on applications.

“They have their own platform that allows them to keep their own revenue one-hundred percent,” says Andrew Martin, 2much.net spokes person. “It opens up a whole new world of pre-approved and pre-qualified traffic for them or their models.”

Pacino of Pacino Network approves of the new upgrade’s business model. “I can test a model from another site without commiting to them. The members will determine whether she comes back, and whether she’s a Pacino Girl.”

To models, the most appealing part of the setup is the tip feature, where they can get as racy as they and tipping members want, without having to commit to a VIP or Group-rate session.

“Tipping can make you a hell of a lot more money than privates,” says Briar. “The good thing about privates is that you can gift or sell the recorded, unique and just-for-you cam show to your member afterwards.”

Briar is referring to another feature of MBase 7.0, called the ViPER session-recording system, which allows them to provide replays of their private cam shows on demand at a reduced pay-per-minute fee, for free, or individually as “gifts” to their clients.

Site owners and solo models are free to set their members’ VIP or Group chat rates, as well as being able to “give it away” to please a larger crowd when the member’s area is “packed”.

“And the customer or member never realizes the model is from another site or a special guest of the solo girl, for example,” says JayB. “The owner keeps his customers, and the only thing that can be shared is the live content, not the source of revenue.”

While customers of each site always remain in place, there are no links to any other site, and the chat-interface is customizable.

“Affiliate programs eat your heart out!”