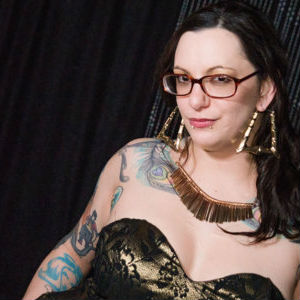 The Training of Poe is available in multiple formats: full download from Trouble Films online: http://realqueerporn.com/training-of-poe, and individual scenes and clips are available in Bella Vendetta’s clips4sale store. It’s also available in good old-fashioned DVD form complete with a hand-printed ‘zine about the making of the film.

An incredible success, the unconventional “adult” film has garnered very positive reviews. Anna B Volk wrote that The Training of Poe, “is a landmark in the history of filmed sexualities.  In times of walls and bigotry, it is pivotal to have open, honest titles such as this.”

The Training of Poe is the film that Vendetta has always wanted to make.

“Working on The Training of Poe was a huge growing process for myself both on and off camera,” said the film’s star, Chelsea Poe. “Everything in The Training of Poe is coming from a really authentic place that I really can’t wait to share with everyone who gets to see this film.”

There have already been multiple prestigious cinemas and theatrical centers as well as colleges who have expressed interest in screening the film after it’s release, and fans should expect an east coast tour.