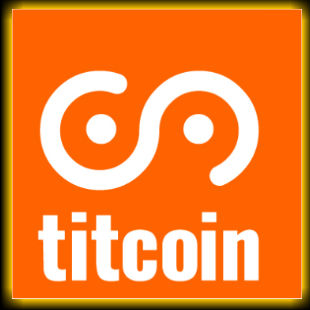 (New York, NY) Titcoin has established themselves as the official digital currency of the adult entertainment industry, and now they’re the only crypto currency to receive 2015 XBIZ nominations. Titcoin received nods for Innovative Web Product of the Year and Alternative Payment Services Company of the Year. 2014 is quickly becoming the year of Titcoin with recent profiles in Cosmo, Playboy and The Daily Mirror, a hugely successful show and seminar at Exxxotica NJ, and now two XBIZ nominations.

“We are very pleased that XBIZ is recognizing not only Titcoin, but also the growing importance of digital currency in the adult industry and beyond,” says Founder Edward Mansfield. “We’ve been very well received and will be announcing new partners very soon. Thank you, XBIZ.”

Hosted by James Deen and presented by Fleshlight, the 2015 XBIZ Awards will take place at L.A. Live on January 15th.

Adult companies and performers interested in learning more about Titcoin and/or using it as a payment solution should contact Pat at info@coyotewallstreet.com.

Get information on getting Titcoin in your wallet by going to Titcoins.biz.

Media inquiries about Titcoin should be directed to Erika Icon of The Rub PR at erika@therubpr.com.

Launched in June of 2014, Titcoin is the official digital currency of the adult entertainment industry. Like Bitcoin, it is a crypto currency that allows anonymity and privacy for the users. Online sites can garner more business since it allows customers to make purchases without a credit card or bank account, and their profits are protected since there are no chargebacks. And unlike most other crypto currencies, Titcoin has exponentially speedier transactions—you get your money in under six minutes, without any unnecessary waiting.

Edward Mansfield, a digital media and online advertising guru with 20 years of experience, and Richard Allen, who has 25 solid years as a mastermind of business development, both founded Titcoin. Patrick ‘PK’ McDonnell (AKA The Coyote of Wall Street) recently joined the team and brings with him 23 years of experience on Wall Street.

They may have a catchy name and a sexy logo, but their goal is to be the go-to for the adult industry for digital currency. Get your wallet and start using Titcoin today by going to Titcoin.biz or Titcoin.xxx. Keep up with their ever-growing empire by following them on Twitter at @OfficialTitcoin and liking them on Facebook at https://www.facebook.com/titcoin.