A Double Dose of Rodney Moore: In Your Face & Bustin Scales! 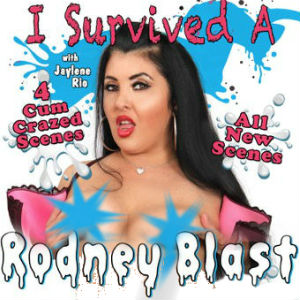 (Chatsworth, CA) February 25, 2017 –  This last week Rodney Moore fans got a double dose of the legendary performer and director who released two new DVDs from his popular series I Survived a Rodney Blast and Scale Bustin Babes.

Moore shows why he’s been dubbed The King of Cream in I Survived a Rodney Blast 16: Four ladies are ready to take on his massive loads. Curvaceous Latina stunner Jaylene Rio, who helms the cover, is looking for a man to suck her toes, and Moore delivers a package to her door at the right time. Audrey Holiday is nice, but very naughty – her boyfriend has her restrained and she needs help. Step-dad Moore saves the day and gets rewarded in more ways than one. The demure, yet sexy, Kendal Grey has stopped by Moore’s studio for a professional shoot, and he can’t keep his hands off her when she comes out in a skimpy plaid skirt. Fiery redhead Skylar Rose is also ready for her first shoot. Although she’s a dominatrix, she’s never had her feet worshiped. Moore takes care of that, and it all ends in a creamy finish.

Both titles are out now and available at local adult stores and e-tailers, including Adult Empire: https://store.rodneymoore.com/streaming-video-on-demand.

Surfers who join Moore’s Mega Site, RodneyMoore.com, get an incredible twelve sites for one low monthly price, giving webmasters good reason to sign up for his RodneyBucks program, while his VOD Store can be promoted via AdultEmpireCash.