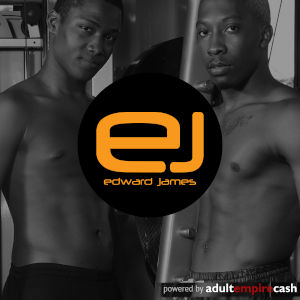 “Through our sites TLAgay and Gay Empire we have been seeing an increased demand for all-black gay content,” said Scott Blackburn, Adult Empire Cash’s Senior Account Manager. “We are fortunate to be able to partner with such an experienced director as Edward James to fill this void in the market.”

In leading the company that bears his name, CEO Edward James boasts 26 years of experience producing content for his own production lines as well as studios such as All Worlds Video, Bacchus, Pink Visual, Pacific Sun and now with the best at Men.com. Edward James on the new project,

“There was a need for quality black content and I decided to jump back in with both feet,” said James. “It’s where I started 26 years ago, and I plan on taking it to the next level and give people what they’ve been craving.”

Adult Empire Cash is the affiliate arm of leading gay retailers Gay Empire and TLAgay. It operates membership sites and stores for some of the industry’s most popular stars and studios.