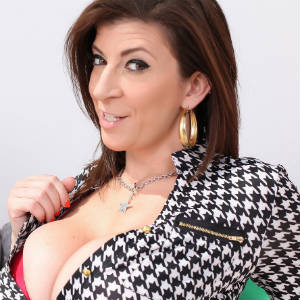 (Hollywood, CA) August 27, 2017 – Hall of Fame superstar Sara Jay is happy to announce she is now offering management services to both male and female talent through her company WydeSyde Entertainment.

This weekend, Jay headlined at Teaser’s in Wilkes-Barre Township, Pennsylvania.

Jay continues to be one of the best known figures in adult having just been inducted into the AVN Hall of Fame last January. She partners with Pure Play Media for distribution through her production company Wyde Syde. On social media Jay boasts over 712,000 followers on Twitter and 1.2 million on her Official Sara Jay Instagram. Her #SaraJayTV Channel on YouTube just passed a whopping 116,000 subscriptions with over 22,000,000 views.

“I have been in adult over 15 years and seen just about everything and anything,” says Jay. “I want to help up-and-coming performers from avoiding all of the pitfalls of the adult industry. I love this business. It’s time for me to help guide performers so they can realize their hopes and dreams. If you are interested in management services, feel free to contact me.”

Sara will be attending Exxxotica New Jersey November 3-5 where she will be hosting her own Wyde Syde booth.

On top of it all, Jay manages to keep her SaraJay.com VNA Site updated and also appears live weekly free to members. Webmasters who desire to cash in on the dervish’s frenzied industry activity should sign up to promote any and all VNA Army sites with Vicky Vette’s Sticky Dollars affiliate program.