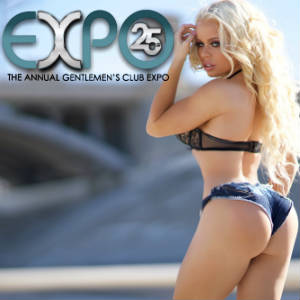 Delano will be signing during the expo on both Monday, August 28th and Tuesday, August 29th. Attendees can meet the world famous adult star and feature dancer and get a signed photo.

Tonight during the opening night party at Vanity Nightclub, Delano will find out if she wins the ED Award for Adult Movie Entertainer of the Year. This is her fifth nomination for the prestigious award.

“I’m very excited to be appearing at the expo and finding out if I won Adult Movie Entertainer of the Year,” said Delano. “The expo is a great way to see old friends and make some great business contacts. If you’ve ever wanted me to feature at your club, definitely come and talk to me.”

Find out more info about the expo and events by visiting http://www.theedexpo.com/.

Attendees and exhibitors should look for complimentary copies of Xtreme Magazine’s August issue with Delano on the cover and featured in a four-page spread with smoking hot photos and an in-depth interview.