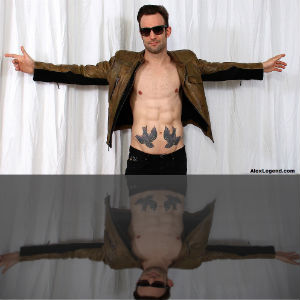 Legend’s new Official Site has a new tour, promo video and members area.  It is 100% mobile friendly (members can watch and stream any of the content and free daily live camshows on their phones).  Legend edited and made the tour video and composed the music himself.

Legend is planning on performing live shows for members, sometimes with female guests as well as also solo.

A very busy performer, Legend has just signed with ATMLA. Originally from France, Legend moved to the United States 10 years ago and began shooting adult content just over two years ago. He is quickly making a name for himself as a reliable performer.

“I am working hard to make a name for myself in adult,” says Legend. “There are not too many adult male performers who take the step of having an Official Site. I am always shooting with some of the top females in adult so it only made sense to showcase my scenes for the fans.

“I couldn’t be happier with my new site. We took time to make it look and feel the way I wanted. I am super pleased to be a part of the VNA family. I am going to try live camshows too,” says Legend. “Not something a lot of male performers usually do!”

“Alex is a very hardworking performer,” says the VNA Network’s Vicky Vette. “We’ve never done a site for male talent before. It’s kind of funny to think the 30th VNA Girl is actually a guy.

“Alex shoots with some of the top girls in the business and the site is already picking up memberships so we were happy to try a new direction.  The VNA is expanding into more areas in 2017.  Fans are very diverse and we are going to cover more genres in the coming months.”

Legend can be followed on Twitter @AlexLegendxXx and Instagram @TheRealAlexLegend, while interested webmasters can join Vette’s own Sticky Dollars affiliate program to promote his site as well as every one of the 29 others she operates.