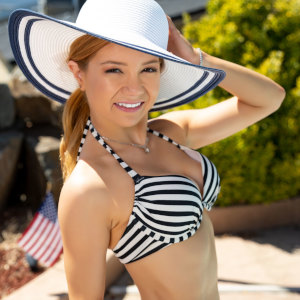 Last week, the New England Patriots’ owner and billionaire Robert Kraft was arrested for solicitation. Little has extended an offer for Kraft to visit the Bunny Ranch. Many of the ranch and Little’s clients are high-powered CEOs, high profile sports figures, and the biggest names in entertainment, because not only is the Bunny Ranch legal, but it is also discreet. Plus, he would be visiting legal sex workers, and not be involved in another sex trafficking scandal.

Separately, Little would also like to extend an invitation for the press to take a tour of the ranch, be briefed on services offered, as well as educated on the differences between sex trafficking and sex workers. Little would also like to discuss anti-brothel activist Jason Guinasso’s federal lawsuit seeking to overturn legalized prostitution in Carson City and make it illegal in the whole state of Nevada.

“Robert Kraft shouldn’t be denied his needs, and he should definitely come to the Bunny Ranch,” says Little. “There’s nothing wrong with seeing a legal sex worker! We understand he has a busy schedule and we offer companionship that’s discreet. No one would ever know he’s been here. And, if he likes, he can be a guest on the Wing Woman Podcast.”

“Our offer to the media is a completely separate offer,” says Little. “We want the world to see what we have to offer. There’s no scandal here, just an alternative to traditional relationships. Scores of men, women, and couples visit and leave satisfied.”

Media can contact Erika Icon of The Rub PR at erika@therubpr.com to set up interviews and photo shoots with Little, as well as tours of the Bunny Ranch.

Representatives of Robert Kraft and anyone looking to spend some quality time with Little at the Bunny Ranch can make an appointment by using the contact form https://thealicelittle.com/contact/, email her at the Bunny Ranch alicelittle@bunnyranch.com, or call her at 775.246.9901.

Although Alice Little might be a petite 4’8″ and 80 pounds, she’s a powerhouse. Born in Ireland, the fierce redhead is the #1 Luxury Companion at the world-famous Moonlite Bunny Ranch and holds the title of 2018 Bunny of the Year, hosts her own radio show the Wing Woman Podcast, blogs for SheKnows, and is a massive advocate for legalized sex work and sex education in public schools.

Alice is quickly becoming known as the go-to sexpert and intimacy, and has been featured on ABC’s Nightline, Buzzfeed, Refinery 29, BBC News, Fox News, UK’s The Sun, Tim Ferris Show and Shane & Friends podcasts, Qz.com, and Allison Schrager’s book An Economist Walks into a Brothel, as well as gracing the pages of Hustler magazine.

Keep up with everything in Alice’s world and check out her official site TheAliceLittle.com. Tune into her podcast the Wing Woman Podcast on iTunes, Listen Notes, Player FM, Podchaser, and Podbean. Follow her on Twitter @thealicelittle, Instagram @thealicelittleofficial, and Facebook facebook.com/TheAliceLittle. Subscribe to her YouTube https://www.youtube.com/channel/UCMl6gE-PPKdjIWgJaNlvK3w. And, support Alice’s current and upcoming projects by becoming a Patreon patron at https://www.patreon.com/alicelittle.