Will Ryan Driller Get Caught in the Act in His New Naughty America Scenes?

Will Ryan Driller Get Caught in the Act in His New Naughty America Scenes? 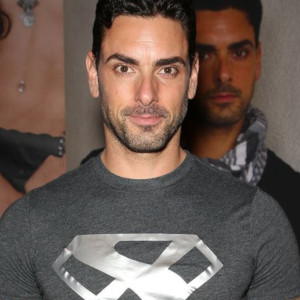 (Hollywood, CA) February 27, 2019 – Award-winning leading man Ryan Driller has two new scenes from Naughty America that have him caught in the act or very close to it. If you could have sex with Reagan Foxx or Jenna J Ross, you would risk it too.

The latest episode of “My Friends Hot Mom” has Ryan paired with Reagan Foxx. Foxx’s in the shower soaping up and washing off. She puts on her bra and panties, before she catches Driller filming her on his phone. Driller is her son Michael’s friend, but he’s also a pervert who has to pay. Foxx decides to make it work in her favor – she tells Ryan to take off his clothes and grabs his phone to film their hot and heavy adventures together. She basically fucks his brains out, but he’s not putting up a fight. In fact, he doesn’t utter a word. Shot in 4k full HD, the 37-minute scene is shot POV-style from both Foxx and Driller’s vantage points.

Watch the trailer and exclusive scene at https://www.naughtyamerica.com/scene/peeping-tom-gets-more-than-a-sneaky-shower-video-of-reagan-foxx-25177

Driller’s second scene this week on Naughty America is “Booty Basics” with Jenna J Ross. She’s working out in the gym and flexing her ass and tight body in Driller’s face. The gym is quiet, and they seem to be alone, plus she is friends with the owner. The idea of them getting caught in the act is hot to them both. Check out the VR trailer and members-only scene at https://www.naughtyamerica.com/scene/jenna-j-ross-fucks-you-in-the-gym-25179?nats=4.10025.8.8.1169.0.0.0.0

“It’s always a pleasure working with Regan and Jenna – both scenes are hot and definite must-sees,” says Driller. “If you’re not a member, you’ll want to be to see both scenes. You can thank me later.”

Affiliates can promote the scenes by joining Naughty America’s own webmaster program, NaughtyRevenue.com, as well as Driller’s driller by signing with Fleshlight’s own cash program.