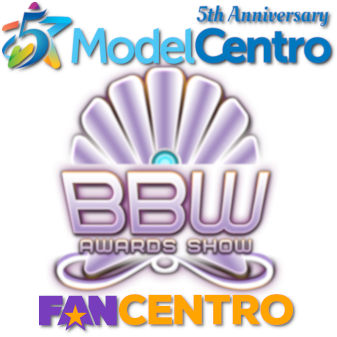 Head over to https://bbwawardsshow.com/vote-now/ and cast your vote now through January 1st at midnight. To vote, write in one model per category. Only one vote per IP is allowed.

“I am super excited that ModelCentro and FanCentro have come aboard as sponsors – in our second year, we’ve not only added two of the biggest companies in our industry, but also a ton of amazing sponsors,” says Awards show creator Eliza Allure. “We decided to open the voting again for these new categories for a little less than two weeks. If you want to win, make sure to use social media and rally your fans.

The awards ceremony is taking place on Tuesday, January 22nd at the Fuso Nightclub on the roof of the Hustler Club in Las Vegas. General admission tickets are sold out. Only VIP tickets are available ranging from $100 to $1,000 and include special perks. The after party is free for award show attendees and only $10 for people for others. Visit https://bbwawardsshow.com/vip/ for details, as well as the schedule of events.